Our new game is based around a central quantum mechanic - at the press of a button the player can split into two cats, who can each be controlled to solve puzzles and cause trouble. As long as no one is looking, they can exist in two places at once.  Introduce an observer and the superposition collapses, resulting in a ‘real’ cat and a ‘theoretical’ cat - allowing for some mind-bending possibilities!

We’re looking for an experienced puzzle designer, who is comfortable working in Unity.  Ideally, this person has worked in game development before, understands teaching through gameplay and has a keen ability to develop novel puzzles that deeply explore the game’s mechanics.

Martin Binfield has worked in the games industry since the year 2000, at studios including Sony Cambridge, Jagex and Mode 7. He is an animator by trade, having worked on such titles as Heavenly Sword, LittleBigPlanet PSP, MediEvil Resurrection, Frozen Cortex and Runescape. He is a Bafta Award Winner.

Work on Schrodinger’s Cat Burglar began in 2018 as a passion project and spent a good few years in prototype - the core mechanic being so unique meant that it took time to percolate and mature. Over the years, one-man development studio Martin Binfield took the prototype into a compelling demo, which caught the interest of Astra Games. With their funding, and more recently Screen Australia, the team has grown and the game gets better and better.

Schrodinger’s Cat Burglar is a puzzle heist adventure with a quantum flavour. The player controls Mittens the cat as she infiltrates a secret research facility. Aided by Lazy Susan the hedgehog who keeps in radio contact from home base, Mittens stumbles into a quantum experiment and gains incredible new powers - the ability to be in two places at once. This quantum superstate obeys the uncertainty principle - while no one is looking, she could be in either location. Introduce an observer and things get theoretical…


Example of an early puzzle:

Example of some later game mechanics

URL copied!
Click the Apply button to auto-fill the email address into your email program or right-click and "copy email address" to paste on your own.
Recent
Game & Level Design
jobs 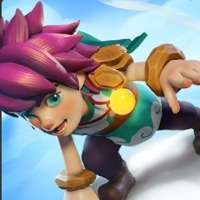