Goldborough Studio
Apply for this Job

This position has been closed.
Posted
August 24, 2022
Contract
Anywhere
Remote

We are looking for an experienced generalist Unreal Engine programmer to work on a brand new project.

Please send a cover letter, CV and links to work examples or portfolio.

Goldborough Studio is an independent game developer that creates games and character-led content using pencils, pixels, knowledge, and a little magic. In the ten years since we formed, we have provided visual development, character design, and content for eleven games, four feature films, and two animations.

Our creative studio is in Lawrenny, West Wales.

We are ID@Xbox and Playstation Partners. Members of UKIE and Creative UK.

Yami is a 3D puzzle platformer that has a hidden origin story at its heart. A young elf wakes to find himself alone in a strange colourless land with no memory of how he got there. Led on by mysterious spirits, he travels on a dangerous quest that will reveal who he is and why he's there. 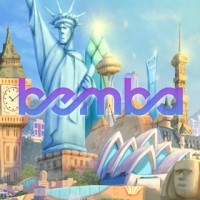