Lunacy Studios
Apply for this Job

We are an indie studio whose diverse team was brought together by a shared passion for personal storytelling, developing a narrative-driven 3D puzzle platformer tackling themes of grief and loss.

A note on the kind of person we’re looking for:

Before we list the position’s responsibilities and requirements, it’s important to make sure we share the same priorities and ideals. The most important thing for everyone in the team is that all other team members can have the best possible time working on this project. We’re not the kind of game studios you might be used to – we’re a diverse group of people with all sorts of backgrounds, and many of us don’t come from games. Additionally, this project places a lot of emphasis on handling emotional and cultural themes sensitively. We need someone who is not just okay with all this, but embraces the empathetic approach to game development that we champion.

We need you to:

We are designers, artists, storytellers, filmmakers, and musicians at the top of our fields who came to Lunacy Studios as a labor of love. Our members have forgone big studio projects out of a passion for creating culturally meaningful and emotional experiences. While we are from various backgrounds, we are brought together by a shared Arab heritage or an appreciation for Arab culture.

The team behind Lunacy Studios is comprised of like-minded individuals with a shared hunger for telling deeper, more meaningful stories.

Our founder, Faris Attieh, is Saudi-Palestinian with a professional background in engineering. Although he carried a lifelong passion for gaming, it wasn't until he had his own story to tell that the idea for Lunacy Studios was born. A studio dedicated to translating real emotions and human experiences into a world we create.

However, Faris was a far distance from the gaming industry. Many called him a lunatic for chasing this seemingly unattainable dream. But as the Arabic saying goes, "maybe the moon is more beautiful because it's far." And so, Faris assembled a dedicated team of highly experienced game developers, game industry experts, and multimedia creatives to build the meaningful vision for Lunacy Studios he had dreamed of once upon a time.

At Lunacy Studios, we have a unified belief in the power of storytelling. Predominantly, we believe in voices that have yet to be heard and culturally accurate art that has yet to be seen. We believe that personal narratives lead to more emotionally rich experiences. Our team is made up of highly talented people from diverse backgrounds who account for and allow multiple perspectives to shine through the world of video games.

URL copied!
Click the Apply button to auto-fill the email address into your email program or right-click and "copy email address" to paste on your own.
Recent
Programming & Development
jobs 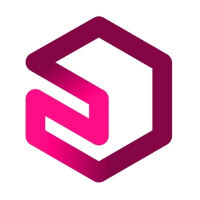