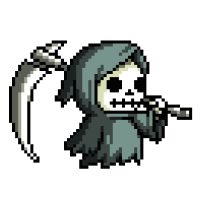 Hello! We are looking for a pixel and low poly 3D artist to work with us half time for a minimum of 6 months, with a longer tour depending on funding. We're an entirely virtual studio of 8, split across multiple time zones, so while your location doesn't matter, we prefer someone that's awake with some overlap during EU or US working hours.

We're looking for someone who's proficient in both pixel art and low poly textured 3D. This is for our upcoming tactics RPG Demonschool, so take a look at the trailer (below), and you'll have a good idea of what we're looking for.

You will have guidance, since the style is established, and you won't be responsible for a whole category of asset on your own, and you won't be asked to define look and feel whole cloth, but we are wanting someone who can get up and running rather quickly, as this position exists to fill a gap from one of our artists going half-time. The art is one of the most immediately striking aspects of this game, so it's very important to us! You’ll be working alongside two other artists.

You would be responsible for:

It's a bonus if you can:

You would not be responsible for:

We do want someone experienced for this because we're under the gun to get things finished. We're not talking about crunch, this is a half-time position after all - we're just needing to get up and running. We have a producer to help manage deadlines and keep us all rolling. We are looking for folks who feel confident with the style, and can do both of the things we're asking for (3D and pixel art) and have some experience shipping games.

The company's structure is pretty simple - everyone's voice and opinion is asked for and weighed, and every individual is responsible for their own arena (be it UI, gameplay programming, 3D, etc), but final decisions are made by the creative director. Essentially everyone takes care of their own parts of the game, is able to have input on everything, but there is one dedicated person who says "yes" or "no" to these decisions, which keeps things pretty clear.

Necrosoft Games has been around for 10 years now, and has made a few games, many of which have been re-released with improvements on new platforms over time. These games are: Gunhouse, Oh, Deer!, Gunsport, Hyper Gunsport, and our upcoming tactics RPG Demonschool. We will not expect you to have played these games, but we would hope that you like what you see in one vector or another if you're applying. Our individual members have worked on games like Indivisible, Street Fighter 30th Anniversary Collection, Samurai Shodown Neo Geo Collection, SNK 40th Anniversary Collection, Xeno Crisis, Sine Mora EX, Videoball, Zigurrat, Forza, 1 vs 100, Gestalt: Steam & Cinder, Plague inc, John Wick Hex, among others.

We make games in a variety of genres (racing, arcade action, puzzle, RPG), but the unifying thread is a dedication to a particular vibe, and inspiration in niche art - be that movies, games, music, or books. We make games with a specific intention from the start. Whether we achieve it, well, that's something you can help with! You do not need to be a hardcore game payer, but we would love it if you were a hardcore game thinker, whatever that means to you.

The studio is run by Brandon Sheffield, formerly of Game Developer magazine and gamasutra.com.‍

Wages: $2.5k/month contract employment for 20 hours/week, or 2 weeks/month, whatever works for you.

We do not offer healthcare or traditional benefits, but we do encourage people to take off work whenever they need to. We do pay dividends on successful projects.

What we want from you:‍

A portfolio is a must, a resume is good, but we're also interested in knowing what kind of work you are interested in, and what kinds of things you like in general.

If you know someone we know, don't be shy about mentioning it.

Necrosoft Games is a distributed game developer with members all over the world! We try to make games that we ourselves want to play, across a range of genres. We hope you like our stuff!

Demonschool is a new-style tactics RPG where motion equals action. Defeat big weirdos in between the human and demon worlds as Faye and her misfit companions, while navigating university life on a mysterious island.

Hyper Gunsport is all about arcade action! Precision shooting and tight jumps! Clutch saves and epic slams! But the ONLY thing you can shoot is the ball!

Load your guns! Rain death from above! Protect your valuable orphans! Defeat giant, improbable bosses! Gunhouse is part puzzle, part active tower defense, as you make big combos to launch a hail of bullets and special attacks at the alien invaders who would like nothing better than to consume your delicious orphan friends!

URL copied!
Click the Apply button to auto-fill the email address into your email program or right-click and "Copy Email Address" to paste on your own.
Learn With
Necrosoft Games
No items found.
More Jobs at
Necrosoft Games
It looks like this team may not have any current job openings. Sign up for our newsletter and we'll be sure to let you know when they post a new role.
You may also wish to check for open roles on their
website.
Recent
Art & Animation
jobs 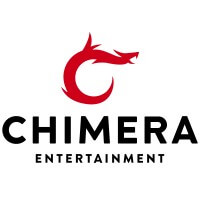 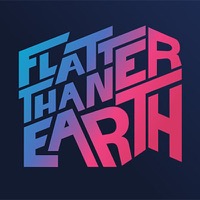