Back to all jobs
See all
Audio
jobs 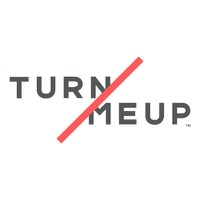 Turn Me Up Games
Apply for this Job

Turn Me Up is looking for a motivated and creative Voiceover Audio Engineer, responsible for owning the process of dialogue recording on-site for a narrative-driven title.

Note: This role is NOT remote, you must work onsite in Burbank.

What Would Make a Strong Candidate: About
Turn Me Up Games

Turn Me Up Games is an award-winning independent development studio based in Burbank, California, with additional offices in Genoa, Italy.

Since 2011, Turn Me Up has been responsible for 3 App Store Editors Choice Awards, 2 Emmy Nominated VR Experiences, and multiple AAA ports to Nintendo Switch such as It Takes Two, Tony Hawk’s™ Pro Skater™ 1 + 2, and the Borderlands Legendary Collection, to name a few.

Turn Me Up is committed to creating impactful games that challenge the way audiences are entertained and deliver experiences that resonate with players long after the game is turned off, in ways that are both comfortably familiar and excitingly unprecedented.

Headquartered in the heart of downtown Burbank, walking distance from dozens of shops and restaurants, our studio is fully-equipped with state-of-the-art development hardware, motion and performance capture stage, sound and vocal recording booths, and network and telecommunications infrastructure to support our incredibly talented staff, both locally and around the world.

Drop back in with the most iconic skateboarding games ever made, now available on Nintendo Switch! Play Tony Hawk’s™ Pro Skater™ & Tony Hawk’s™ Pro Skater™ 2 in one epic collection, rebuilt from the ground up in incredible HD. All the pro skaters, levels and tricks are back and fully-remastered, in  full  1080p,  at  30  FPS. Hitting  an 360 kickflip into a boardslide transition never felt so good!

Gearbox’s iconic, comedic Looter-Shooters are back and gorgeous as ever on Nintendo Switch! We worked tirelessly with 2K and Gearbox to bring these ravenously requested classics to Switch in full 1080p docked and 720p handheld, at 30 FPS and with no downgrading of art assets. On top of that, we included all the trimmings

of the GOTY releases — and newly developed motion controls specifically built for this incredible collection.

Ever wanted to explore a strange new world? Discover diverse wildlife? Poke that wildlife it in the eye, or kick its explosive body into more dangerous animals than your adorable Ray Gun is equipped for? Ever host your own funeral(s) after embarrassing deaths and re-clonings? Did we mention you can DOUBLE self-funeral attendance with Local/Online Co-op, exclusively on Nintendo Switch?

Working closely with Typhoon Studios, we transformed their colorful, comedic debut project into a portable powerhouse on Nintendo Switch – yet they offered us ZERO help on these alliterations (which is fair).

Developed in collaboration with Square Enix, Life is Strange mobile serves as benchmark title in terms of design adaptation and visual fidelity on mobile.

Met with incredible reception from both fans and critics alike, including an AppStore Editor's Choice Award, Life Is Strange has already been featured on the AppStore homepage more than 375 times.

URL copied!
Click the Apply button to auto-fill the email address into your email program or right-click and "copy email address" to paste on your own.
Recent
Audio & Sound
jobs